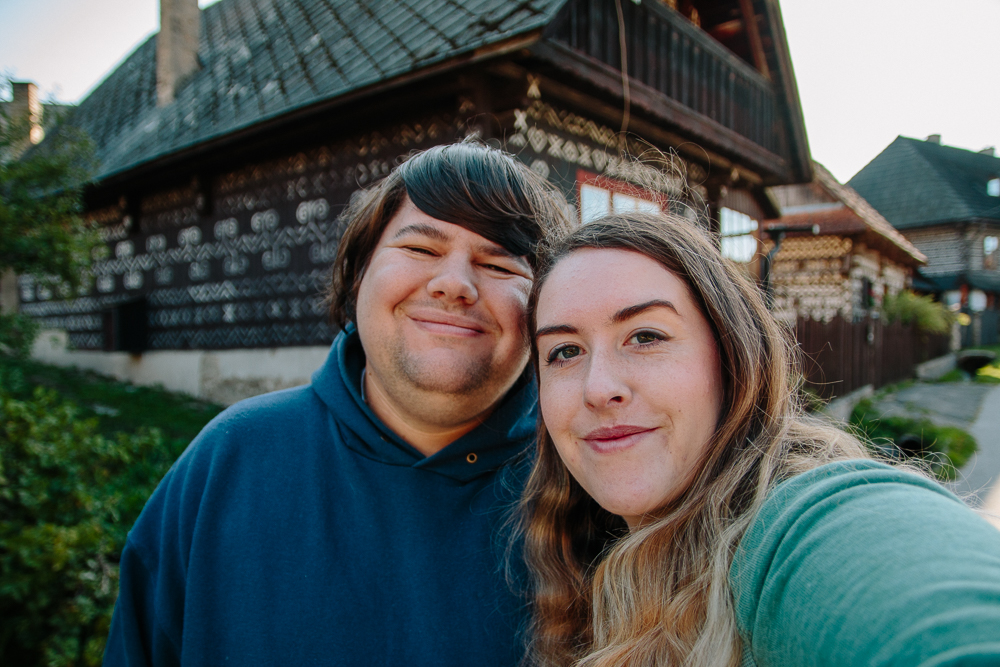 We’ve been dreaming of owning our own campervan for years but they’re so expensive, so we decided to buy an old(ish) van and convert it into a campervan ourselves. Shane searched online for weeks looking for the perfect van at the cheapest price we could find, and at the end of May 2016, we found the one! We drove 3 hours up to Burnley to take a look and a few hours later we were driving it home!

Shane runs a software development company called True Cloud Media and is the practical person in this project. He’s done his research and with the help of youtube, knows how to do most of the jobs himself to keep costs low. He loves airsoft, electrics and anything that he can build or play around with.

April works as an administrator and also runs a personal travel and lifestyle blog ‘april everyday‘. She loves to travel, and has a keen interest in photography, gardening and an obsessive love of cats, and is the dreamer of this project (with most of the dreams being completely impractical). She’s always thinking about the next adventure to go on, whether that being in the UK or the rest of the world.

It’s a 2003 Mid-Wheelbase, High Top Ford Transit Van*. We wanted something that we could stand up in, without having to install a pop-up roof to keep costs low. We also wanted to make sure that it wasn’t too big for driving around towns in and finding parking spaces, so the mid-wheelbase was perfect. It had a few issues with surface rust, but other than that it runs fine!

* Turns out, that van didn’t last long (11 months infact). It died. It had it’s MOT and failed on corrosion pretty much everywhere. The garage said that they wouldn’t even give a quote on how much it would cost to repair it because it just wasn’t a viable option. So it got written off. Luckily we hadn’t done too much work on it. We’d installed 2 (out of 3) side windows, 2 rear windows, insulated most of the van and laid the wooden pannels for the flooring and installed the ceiling and lights.

The annoying thing is that we took it to a different garage to get them to check it over when we first bought the van and before we started the project to make sure everything was fine with the van, and if they came back with any major issues we were going to sell it and look for something else. They said it was fine other than a few bits of surface rust which was treatable. Well, the amount of corrosion that it had couldn’t have just appeared in 11 months. But that rant is for another time.

We took our first adventure in it a couple weeks before all the way to The Netherlands and it was amazing (even if we were freezing to death each night, sleeping on an airbed and cooking on a camping stove). But, at least we got a trip out of all the effort Shane had put into it. Which is what has kept us going with the dream. We almost gave up, but decided to keep on going.

So we’re looking for another van. This time either a Fiat Ducato, Citroen Relay or a Peugot Boxer (they’re all the exact same van), just because they seem the best option for camper conversions. We wanted one the first time around, but our budget was SO low that we just couldn’t afford one. Now, we’ve learned our lesson the hard way and we’re giving it a bit more funds to buy a van that is in the best condition we can find.

We aren’t completely sure on the exact layout for it yet, but we’re having a double bed, a small kitchen area and possibly a wetroom. We want it to be as bright as possible, so we’re having skylights, back door windows and a few side windows. Follow along to see how the plans progress!