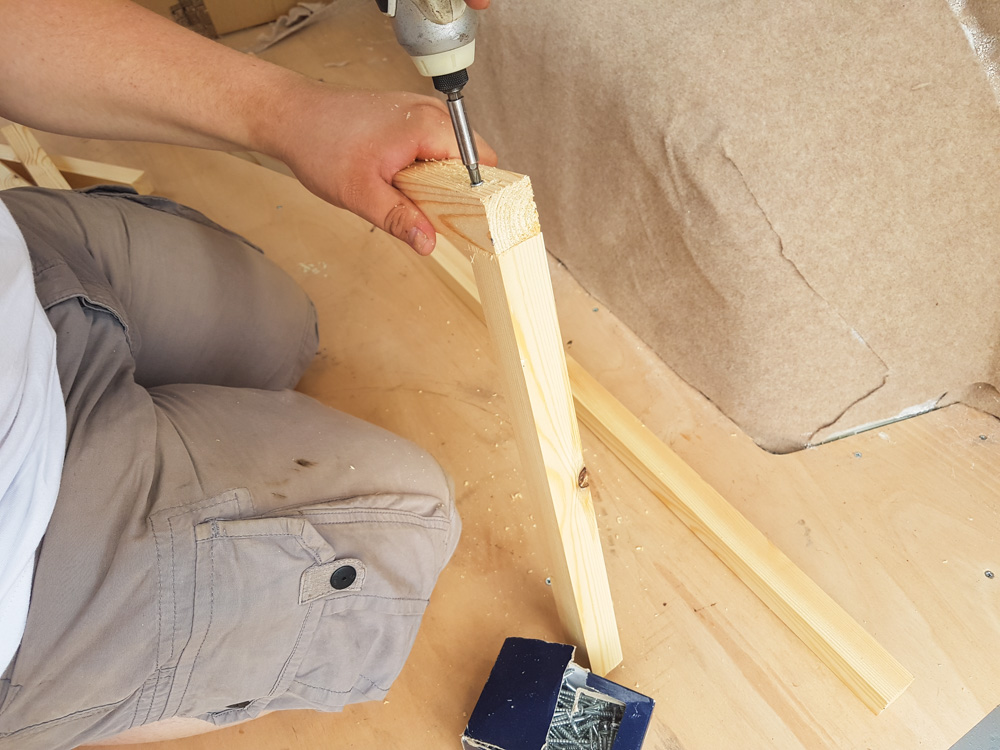 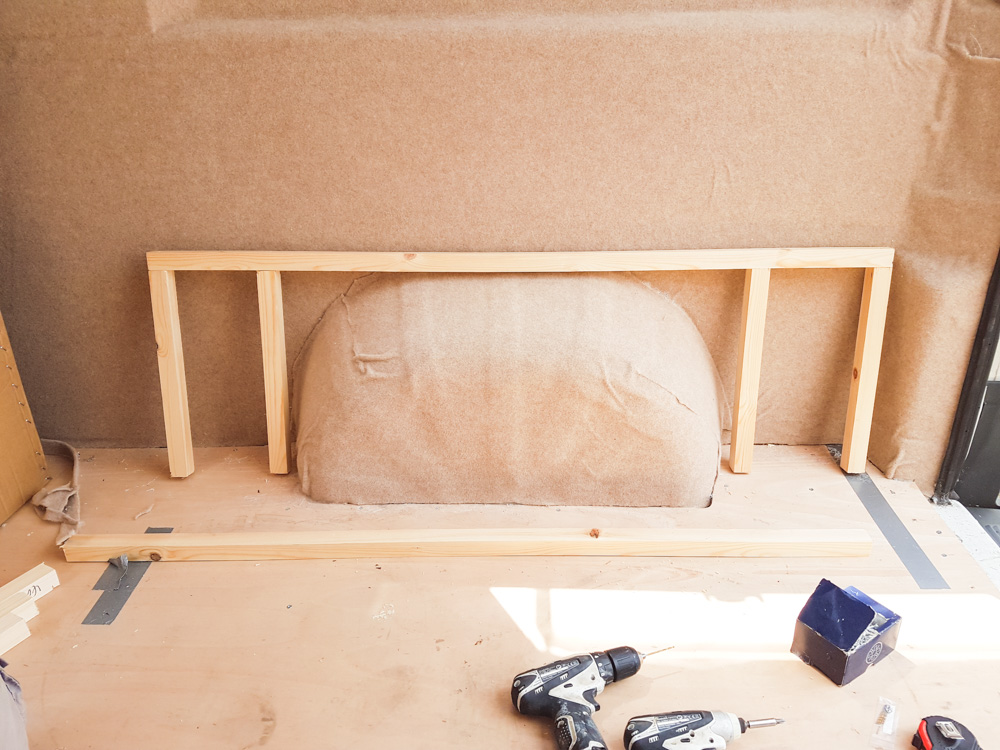 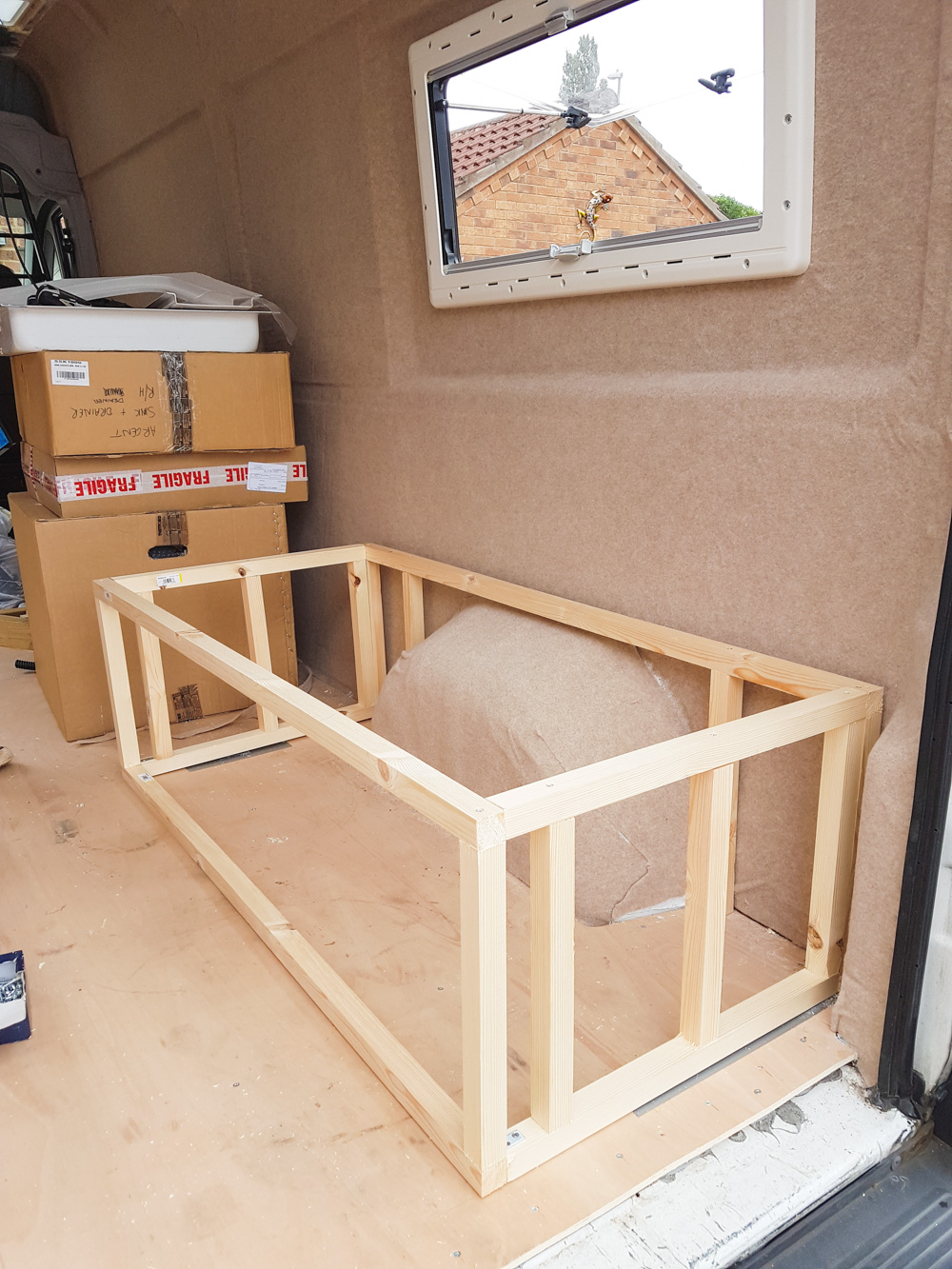 The sofa/bed was the first part of the furniture that we started on, mostly so that we could measure the bed out to be a UK double sized bed, then use the leftover space for the kitchen and bathroom areas, so it just made sense for it to be the first thing we built.

Shane decided that he would rather build a custom frame himself from scratch. We had to make sure that it was high enough to sit on, but low enough that when the cushions were placed on top, it wouldn’t be too high. We actually ended up going and visiting a campervan sales place and measuring the cushions and bed area to try get similar dimensions.

The biggest issue that we had, was that as the bed is at the back of the van, the wheel arch was in the way when trying to get it to be low enough, so the height was kind of determined by that. We wanted it as low as possible so that when the cushions are put on top, it’s the right height to sit on. 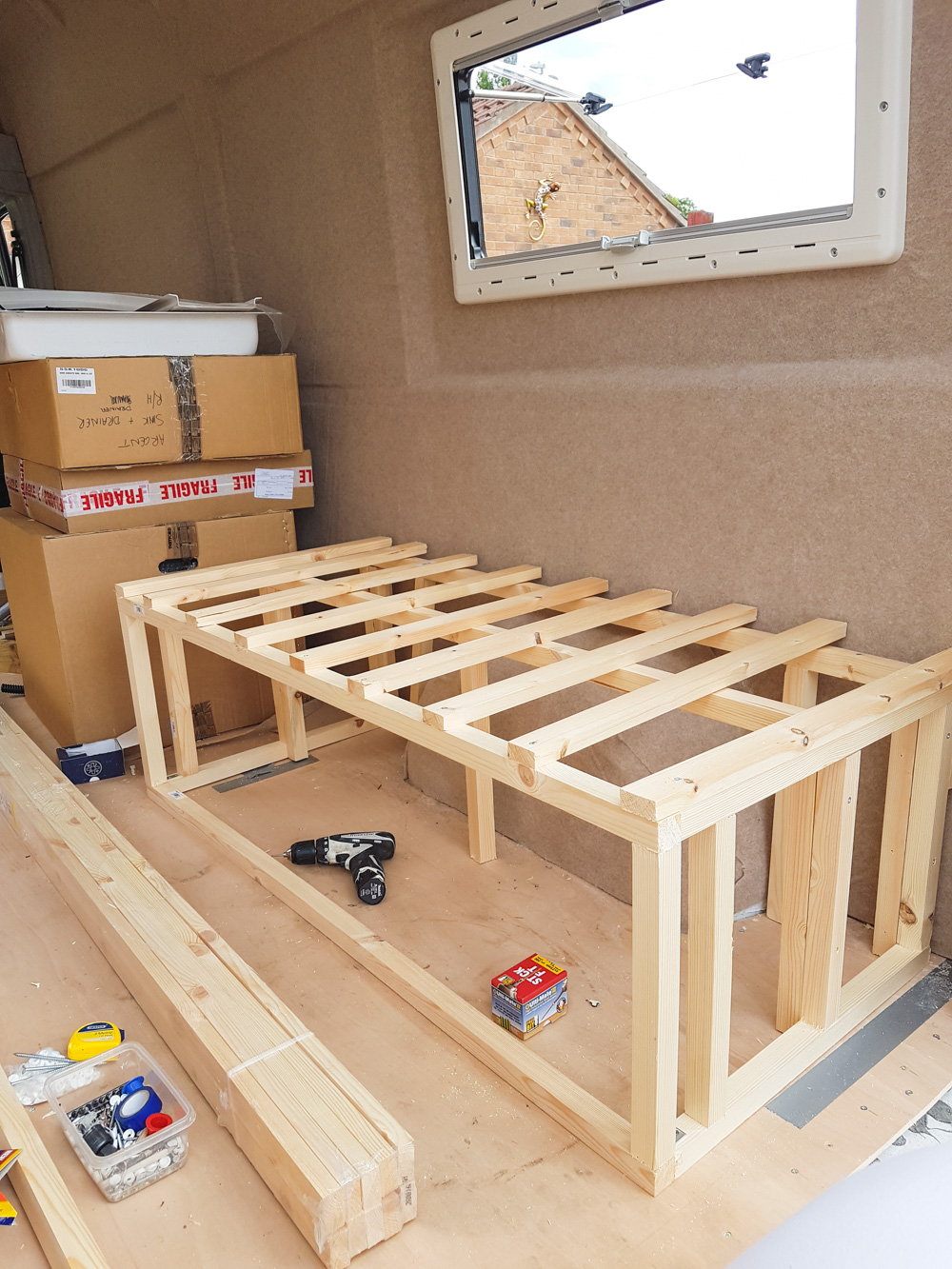 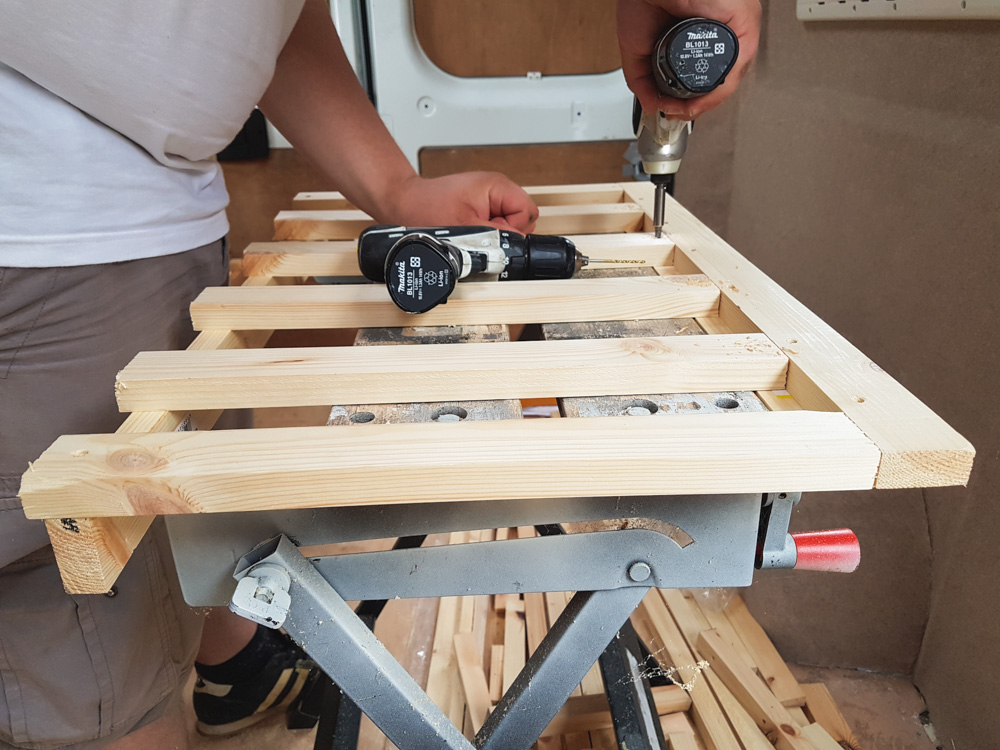 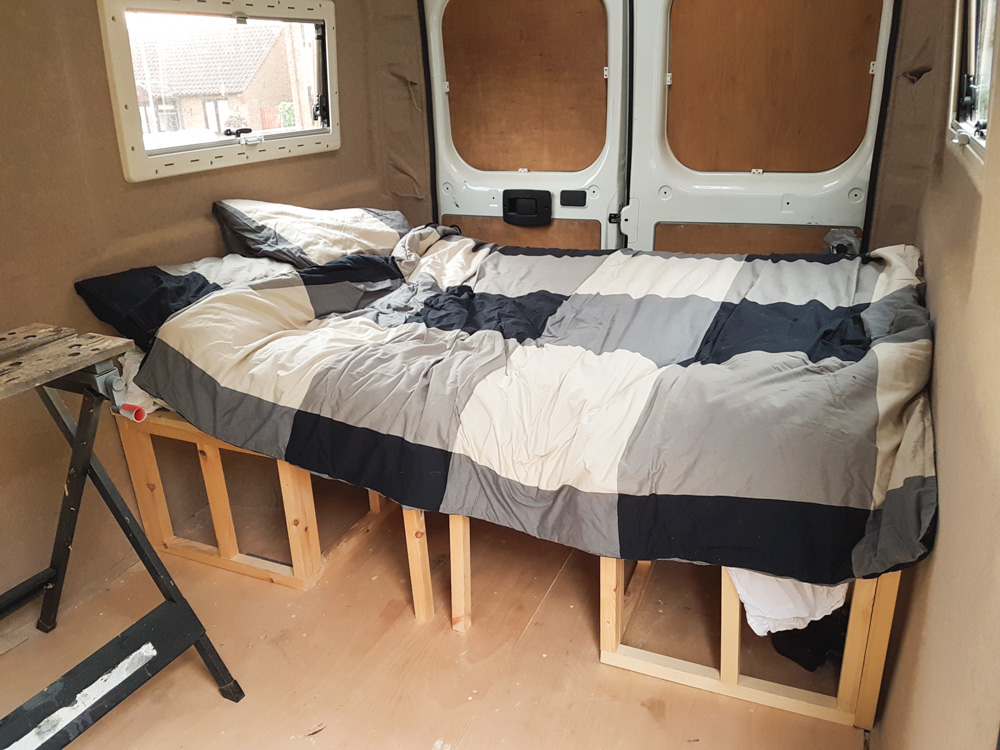 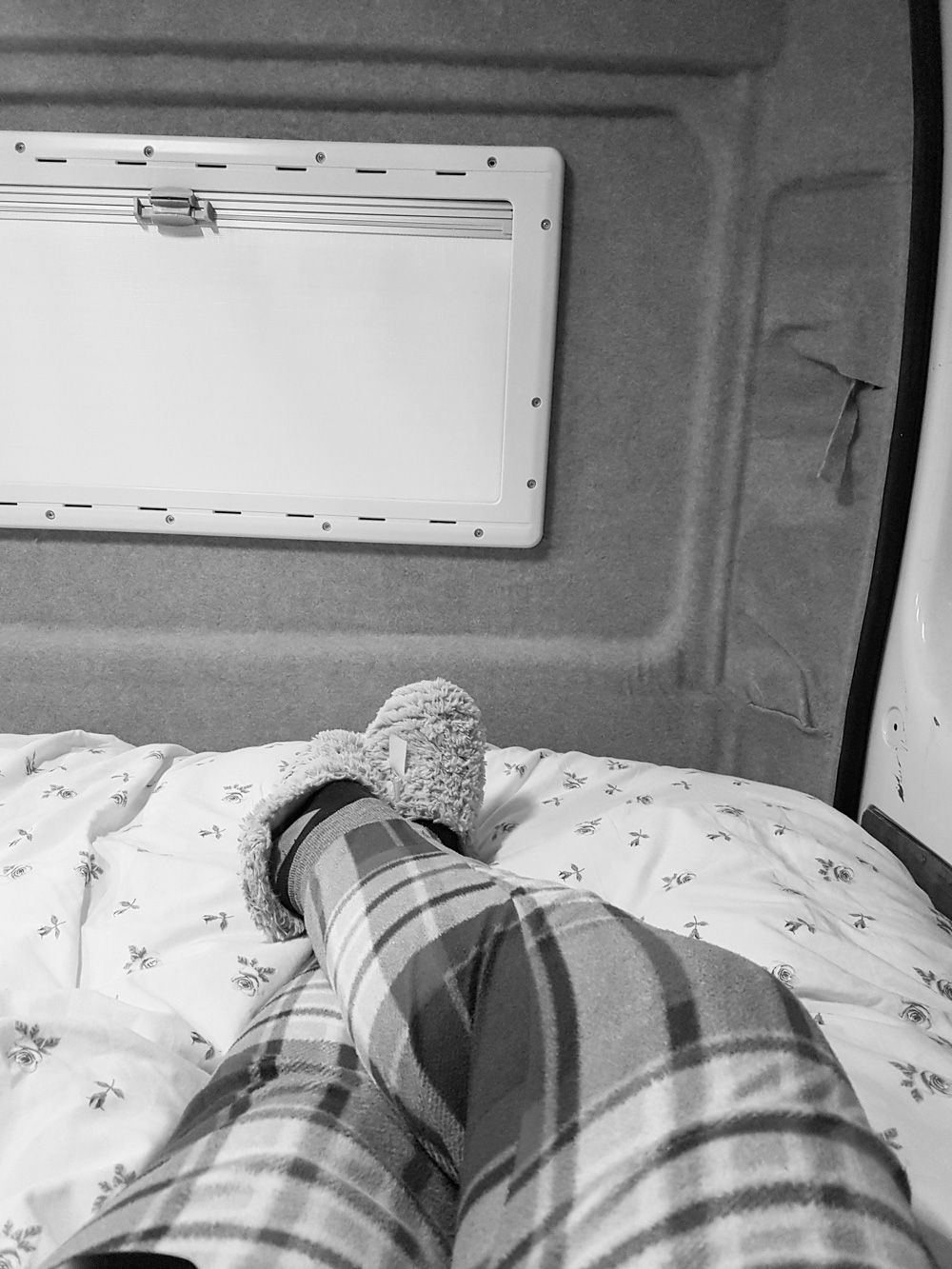 We had to change the design around a few times, take the whole thing apart, cut some pieces off and try again until we got it the right height and depth. We also had to make sure that when we pull the slats together, they’re close enough that you won’t fall through the middle of the bed!

Shane got there in the end, but it was just a case of trial and error, so there’s no DIY instructions on this one, I just thought sharing some photos could maybe be of use for ideas on how to do it. We put hinges on the top of the bed for easy access to storage space underneath, so that we can store the duvets and pillows underneath while we’re using it during the day. Shane wants to try put the slats on a rail so that they’re easier to pull out too, as at the moment, you kind of have to wrestle with them to get them out haha!

All we’ve got left to do now is put the finishing wood around the frame, and put the proper legs on the sliding out bit, as once we get the floor down, the leg height would be a little shorter, so we didn’t want to cut them now. It’s actually starting to look like a campervan now!

Have you built a bedframe? How did you do it? 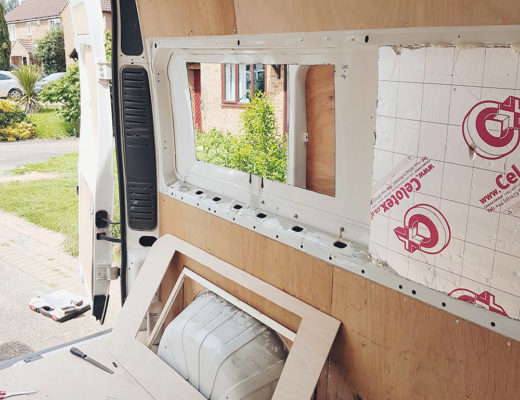 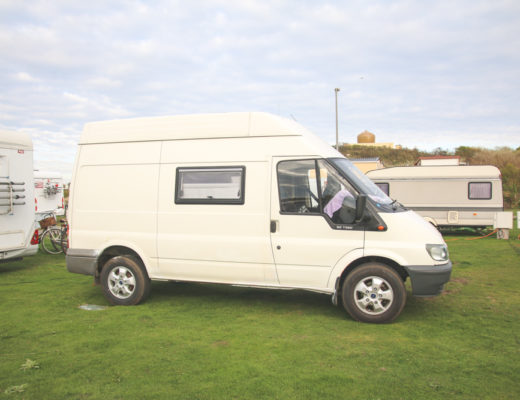 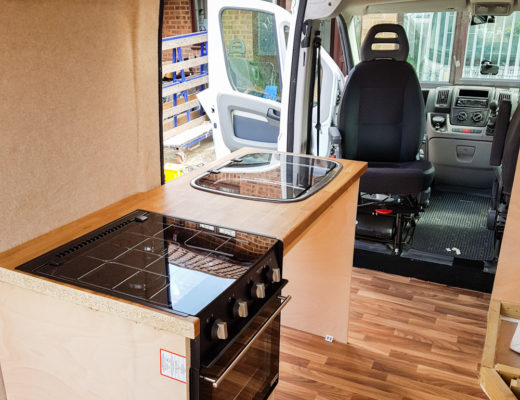 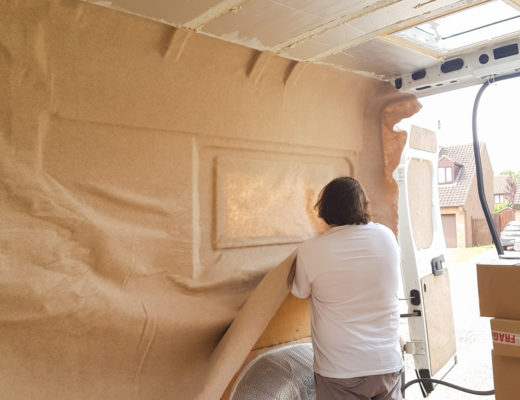