How to Stay Warm in a Campervan in Winter

Winter can be a tough time to travel in a campervan, especially for those that don’t have heaters installed. A lot of people end up only using their vans or motorhomes for half of the year which is such a shame, because we absolutely love travelling out of season – you get places to yourself, it’s much easier to find parkups and although the weather isn’t always the greatest, it gets us out of the house when we’d usually end up stuck in the house.

We’ve used our van since the very beginning when we were first converting it all the way through till now, where it’s pretty much finished apart from a few upgrades and finishing touches, so we’ve been out in it in all seasons. So here’s a few ways that we’ve learned along the way to stay warm in a campervan during winter (or just when it’s super cold outside). 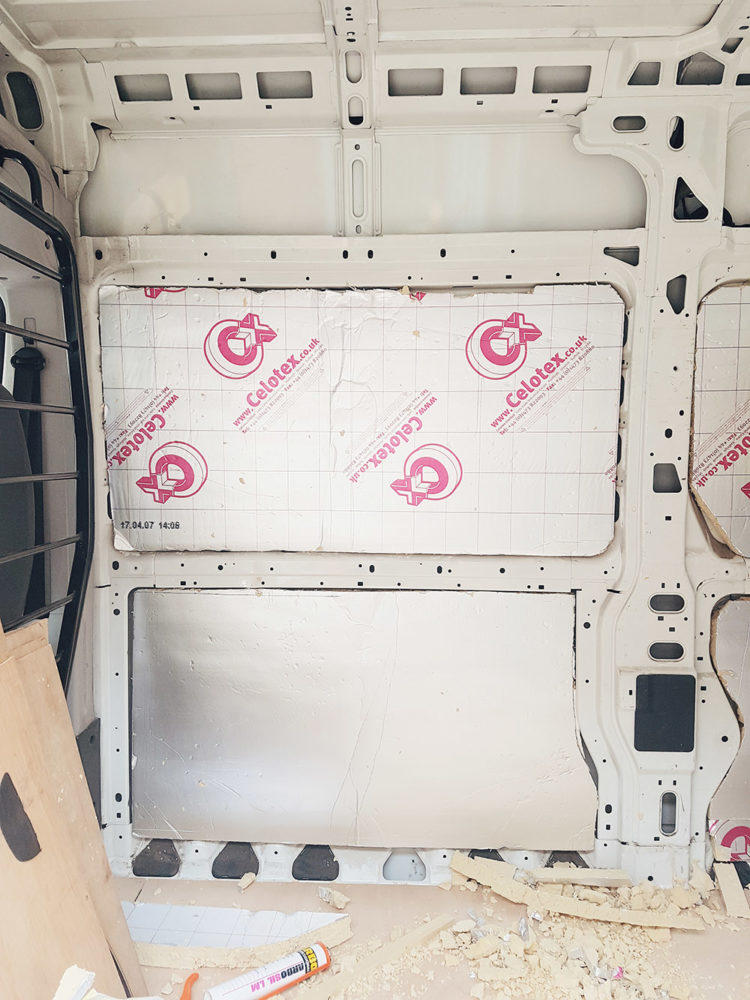 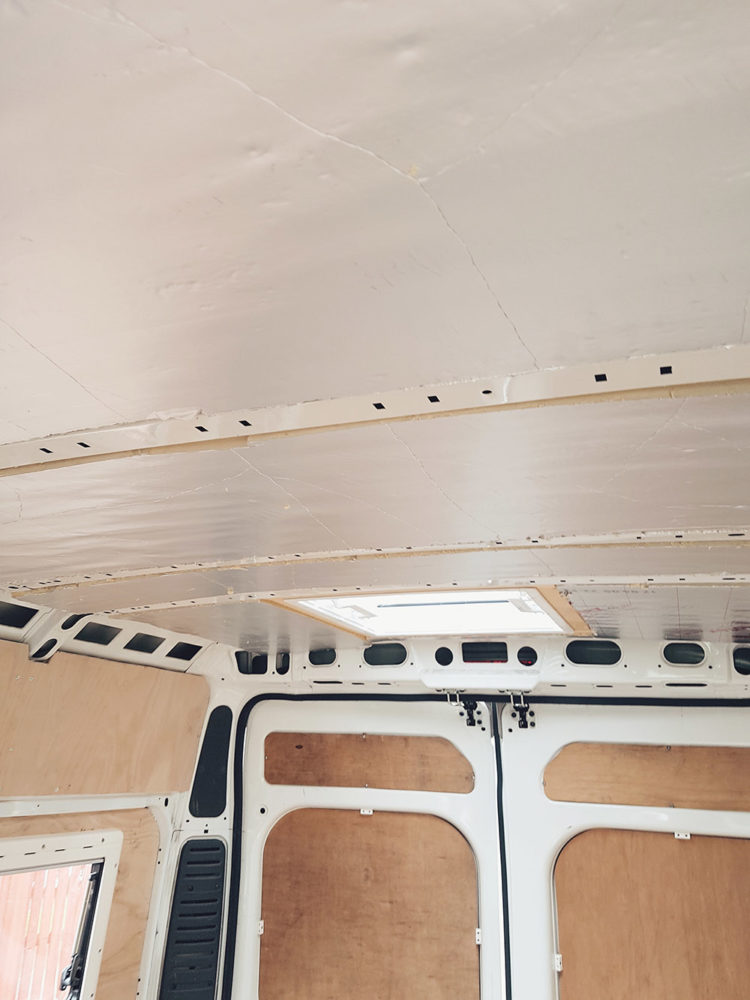 The best way to keep heat inside the van is to make sure you’ve got plenty of insulation in your van. This is where we struggle a little bit in our van, as stupidly, we didn’t insulate the floor properly, and we can definitely feel it when it’s cold outside.

We recommend using insulation board on the floor, walls and ceiling if possible, and reflectix in the harder to reach places. We also stuffed recycled plastic insulation into as many crevices as possible, along with foam insulation. As long as you’ve got a good ‘base layer’ to your van, it should help keep any heat inside, and also potentially keep it cooler during the summer too!

A BIG way to let any heat out of your van is through windows. We actually have 4 windows in the sides of the van (excluding the cab area) and two permanently vented roof windows. Every window and roof vent lets out so much heat, so we make sure that if it’s super cold outside that we cover them all up as soon as we arrive anywhere.

We use silverscreens on the rear windows and our Seitz side windows and Fiamma roof vents have thinner ones built in with the frames. Make sure to cover the cab area too – Shane made some curtains to close off the cab area using IKEA fabric which we lined with thermal lining, which honestly makes SO much difference – you can feel how cold it is in there when you stick your hand through. We also have them along the back doors aswell as the silverscreens to exclude draughts from the centre of the doors.

If you have the space and you’re planning on using your van a lot throughtout the winter, then the best thing you can do is to invest in a heater. We installed a propex heater in our van, which uses propane/butane gas from a tank, or lpg. Another option is diesel heaters, which can range massively in price. You can either hook these up to your fuel tank if your van uses diesel, or you can install a smaller tank which only the heater uses. Most heaters have a thermostat function where you can set them to click back on if they dip below a certain temperature which is perfect for during the night!

Another option is a log burner stove. These are becoming increasingly popular in vans, but just be sure as with all heating options that you follow fitting instructions to make sure your van doesn’t go up in flames or you end up with carbon monoxide poisoning! You can read more about the pros and cons of each heating option here. 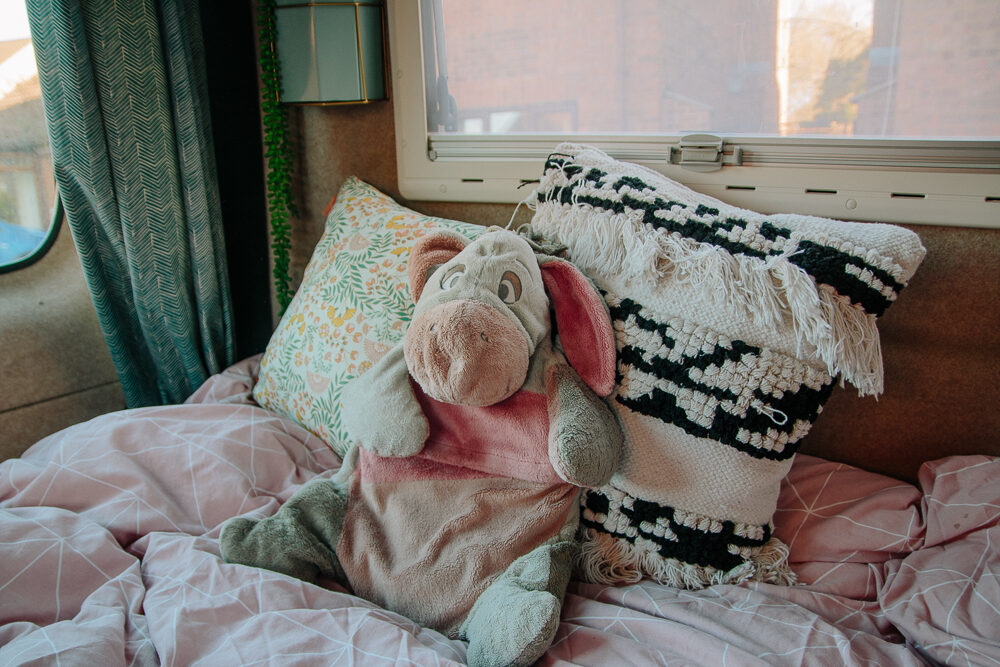 One of my favourite items in our van! I don’t know why it took me so long to think of it, but I love my hot water bottle and use it even when we have the heater on just for a little extra warmth in bed. It’s only really handy if you have a way to heat water, so not the best in the first stages of your van conversion, but if you’ve got water and just a small camping stove and a saucepan, you can stay lovely and warm all through the night.

One of the things that helped me through the many cold nights in the van before we got our heater was wearing thin thermal layers underneath my pajamas just to give me that little bit of extra warmth. I’ve got long sleeved thermal tops, along with thermal bottoms and socks. If I did get a little warm, then I could take off some layers, but they were great at keeping me a little bit warmer when sitting in the van in the evenings and nice and thin to sleep in too. I got mine from Uniqlo, but you can find them anywhere.

I think this one is pretty obvious, but take plenty of blankets! We have the duvet for sleeping at night, a summer duvet that I fold in half (Shane gets super hot during the night) and place on top of the normal duvet, along with another smaller blanket for those really cold nights and for emergencies, like when our gas breaks/runs out, a sleeping bag!

Depending on the time of year and where we’re headed, I also sometimes take my electric blanket. Most of them are the ones you sleep on top of, but I went for the one that you put on top of the duvet like this one and it’s amazing! We’ve used it on our solar set up only and it doesn’t seem to draw too much energy when used on a low setting.

Always be sure to have backups with you too! We always have a spare sleeping bag for those extra chilly nights, or for when our heating breaks (yup, our gas broke while we were in Spain, so we had no heating for 2 nights in 0ºc weather! We’ve also got a spare heater that we can plug in when we’ve got hookup 1 to save on gas and 2 just incase it’s a super chilly night we can have both heaters on.

So there’s some of our tips for staying warm in a campervan during the winter months! Do you have any that you want to add? 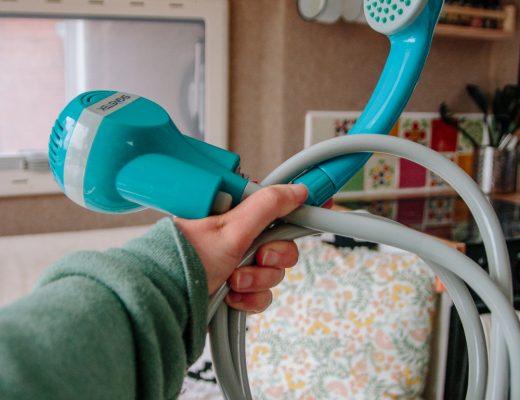 Do You Need a Shower in Your Campervan? 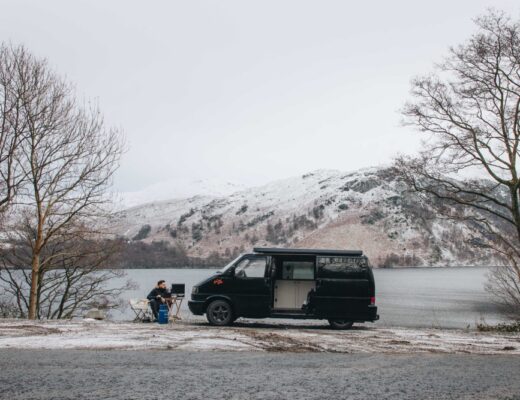 Campervan Heating Options – Which One Should I Use in My Van? 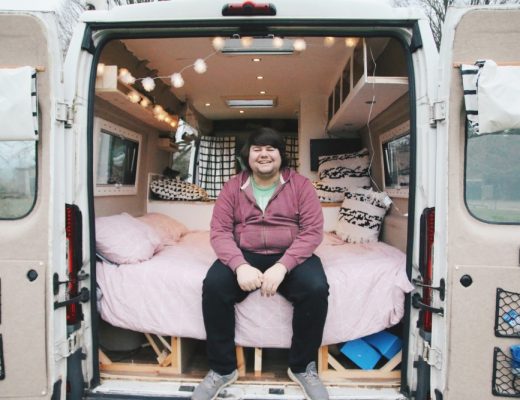 How to Choose the Right Van for Your Van Conversion

Do You Need a Shower in Your Campervan?